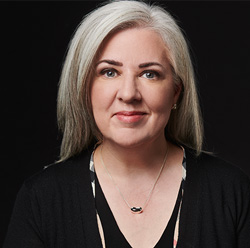 Danielle May-Cuconato is the Chief Executive Officer of Canada’s National Judicial Institute (NJI). This newly created position serves in a joint leadership role with the Chief Judicial Officer, also a new position. As Chief Executive Officer, Danielle is accountable for the financial and operational management of the National Judicial Institute (NJI) and works jointly with the Chief Judicial Officer in relations with judicial and other bodies as they relate to judicial education.

Prior to joining NJI, Ms. May-Cuconato had a twenty year career with the federal public service in Canada serving as a senior executive in several portfolios. She served as the Secretary General of the Canadian Radio-Television and Telecommunications Commission. In that role she performed the duties of the Chief Operation Officer and the Chief Financial Officer. She also served as the Vice-President of Corporate Services, and Chief Financial Officer at the Canada School of Public Service, and as an Assistant Deputy Minister at Public Services and Procurement Canada.

From 1999 to 2001 and then again from 2007 to 2013, Ms. May-Cuconato served in leadership roles at the Department of Canadian Heritage, including as Direct General of Human Resources and Work¬place Management, Corporate Secretary, Chief of Staff to the Deputy Minister and Director of Portfolio Management.

She was also Chief of Staff to the Clerk of the Privy Council and Secretary to the Cabinet from 2002-2006.

Ms. May-Cuconato holds a Masters of Arts in Leadership from Royal Roads University.