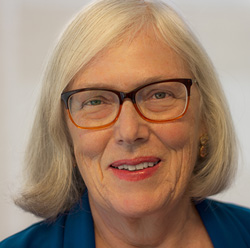 Justice Adèle Kent was born and raised in Calgary, Alberta. After completing studies in political science, she attended law school at the University of Alberta, graduating with an LLB in 1977. She was admitted to the Alberta bar in 1978. She practiced law in Edmonton and then in Calgary, focusing her practice in the latter years on health law and construction litigation.

Justice Kent was appointed to the Court of Queen’s Bench of Alberta in February, 1994. Since her appointment, she has been a member of several committees of the Court including the Media Relations Committee and the Strategic Planning Committee. She was also a member of the Public Information Committee of the Canadian Judicial Council and the National Advisory Committee on Judicial Ethics, first as a member and then as co-chair. In August 2014, Justice Kent was appointed Executive Director of the National Judicial Institute, retitled Chief Judicial Officer. Prior to her appointment she worked on several NJI courses on judicial ethics, science and civil law. She also assisted the judiciary in other countries in the design of judicial education courses.

In 2005, she published a book titled Medical Ethics: the State of the Law.