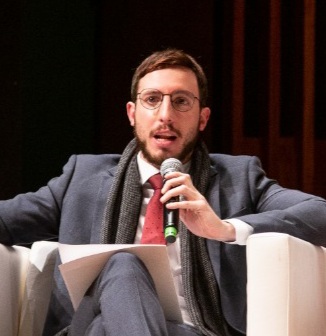 is a PhD candidate from the University of Buenos Aires Law School (Argentina) and holds an LLM in Criminal Law and Procedure from Osgoode Hall Law School at York University (Canada), a Latin American Certificate Program on Criminal Procedure Reform offered by the University Diego Portales Law School (Chile) and is an Attorney specialized in Criminal Law with a degree from the University of Buenos Aires Law School (Argentina).
His area of specialization is judicial training and reform processes in criminal and civil justice. He is currently Director of International Relations of INECIP and Professor of Criminal Procedural Law at the Law School of the Alberto Hurtado University (Chile). For eight years he was the Training Director of the Justice Studies Center of the Americas (JSCA), an international agency of the Organization of American States (OAS) created in 1999 by resolution of the OAS General Assembly headquartered in Santiago de Chile.
He has served as a Consultant on the Evaluation of the Implementation of the Adversarial Criminal Justice System in Panama with the regional section of the UN Office against Drugs and Crime (2014); consultant on the Evaluation of the Impact of the Management Model of the Public Prosecutor’s Office in Guatemala with the Open Society Justice Initiative (2014); consultant on the project “Evaluation of Chile’s Criminal Procedure Reform 10 Years After Its Nationwide Implementation,” executed by JSCA with funding from the Chilean Ministry of Justice (2016); consultant on the Technical Assistance Project for the Implementation of the Criminal Procedure Code in Uruguay financed by the Ministry of the Interior and executed by JSCA (2017); and Team Leader for “Pretrial Detention in Bolivia,” which was financed by the United Nations Development Program (UNDP) and executed by JSCA (2017); member of the team of experts in charge of developing training tools on “judicial integrity”, within the framework of the “Global Judicial Integrity Network” Project of the United Nations Office on Drugs and Crime (UNODC); member of the team of experts in charge of the elaboration of the international principles on judicial training for the International Organization of Judicial Training (IOJT), approved by the General Assembly at the VIII International Conference held in Manila, Philippines (2017), among other projects.